I have worked on a fair few manifestos in my time. For Labour, UNISON and a range of campaigns. I can honestly say that the Scottish Labour manifesto for this General Election is, without doubt, the best.

Manifestos are almost always a team effort and have some form of lay democratic governance to approve them – unless you are the Brexit company of Nigel Farage! The value of this approach is that a range of people, with different knowledge and lived experiences bring more to the table. Yes, it takes longer and is a challenge to bring together, but the final result is always better. Even for political manifestos, which often have to be pulled together in just a few days.

Most manifestos will be high-level documents, and it can be a challenge not to get bogged down in detail, blunting the key messages. This is easier for short campaign manifestos focused on a particular issue. Political parties (unless you are Farage and Co) have to cover the full range of topics and that inevitably involve some compromises on detail. 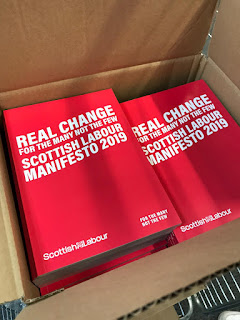 Sadly, few voters actually read all or even large sections of an election manifesto. Although I am always pleasantly surprised by the number of questions we are asked and the download numbers. Even in the electronic age, significant numbers of people still come to campaign offices and ask for one.

Of course, many more will see the highlights in the media and through membership organisations they belong to.  Sadly, this doesn't mean even basic facts are understood. For example, the guy on Question Time who vehemently asserted that as someone who earned over £80,000 he wasn't only not in the top 5%, but he was actually in the bottom 50%. Shockingly, Fiona Bruce didn't immediately realise this was nonsense, or that no one whispered into her earpiece.

Like many on social media, my immediate reaction was to wonder what employer paid such an idiot those wages. However, on reflection, it brings home how much work we still need to do to explain the facts about our economy and make a case for progressive taxation. And, as in other European countries, the benefits of a more equal society and the social wage. We should make The Spirit Level compulsory reading!

So, why is the Scottish Labour manifesto the best I have worked on? Primarily because it not only recognises the key challenges facing Scotland and the UK – it provides the investment to act.

It starts with the biggest global challenge, the climate emergency. The manifesto doesn’t just give us another round of targets and ambition, it invests in the solutions. From building and retrofitting warm homes, to jobs and a Just Transition to new industries, a new energy system and public transport including 4,200 new green buses. From the environment to our food production this a comprehensive response to the crisis.

The second and linked challenge is inequality. Here the manifesto sets out a range of actions that will go a long way towards eliminating poverty. Building 120,000 council and social houses, regulating private landlords, scrapping Universal Credit, free broadband, free school meals, social care reform, a £10 minimum wage and the biggest expansion of employment rights in history. These and many more are the measures we need to move from good intentions to practical action.

For those who have said to me, ‘it’s pie in the sky’, it can’t be afforded. I say you haven’t met the Shadow Treasury Team! The Grey Book sets out the costings in more detail than any opposition party has ever done, and in my view, they have taken a pretty conservative approach to many key assumptions. I have worked on government projects that have been less well costed.

I could go on, and probably will before this election is over, but I would urge everyone to read this manifesto. I have been around long enough to remember the hype, compromises and timidity we have seen in the past from all political parties. This manifesto really is transformative – it is real change! 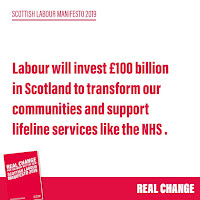 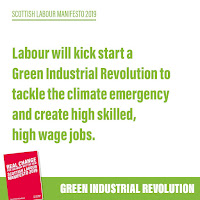 If there is one issue that ought to be at the top of any policy agenda in Scotland, it is social care. One in 24 people in Scotland receive funded care support, and they deserve better.

Over half a million hospital bed days are lost every year because of delayed discharges. That is nearly 1500, mostly older adults, staying in hospital when they should be cared for in a community setting or their own home. And it costs NHS Scotland around £130m a year, resources that should be used to treat people who need hospital care.

Why? Because we have an underfunded, fragmented service delivered by an overworked, underpaid and undervalued workforce. Care workers are voting with their feet - leaving for employment that pays them a decent wage. Without stressing about inadequate time to look after those in their care.

After serving on task groups, commissions and given evidence to many parliamentary committees, I know there is a fair degree of consensus about how to tackle it. While there may be some differences over how to reform the system, there is a clear consensus that the biggest issue is funding.

On December 12, we have an opportunity to make a huge difference. UK Labour is committed to introducing free personal care to England. That alone will bring around £600m of extra funding to Scotland. That is a staggering 25% increase if allocated to adult social care. The word 'transformational' can be overused, but that is precisely what this is.

With that level of additional resource, we could invest in the extra capacity, radically improve the training, pay and conditions of the workforce, end charges and invest in preventative measures to support care in the community. 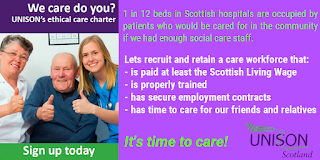 We should also use this investment to reform the system.

We can start by scrapping the marketisation of social care. Too many providers, with the expensive management and back-office structures required to administer a fake market that delivers only for the few. A Scottish Care Service (SCS) could set national standards, with local delivery through a properly integrated service. That still leaves room for innovative voluntary sector providers who are prepared to meet those national standards.

The SCS would work with a statutory workforce forum to deliver effective workforce planning, raise employment standards and training - making social care an attractive career for a growing workforce.

This transformational investment will enable a new start for social care in Scotland. It's a one-off opportunity that we can grasp to invest and reform a vital service. We just have to vote for it.
Posted by Dave Watson at 07:00 2 comments:

Tackling climate change with warm homes for all

If we don’t take action now, a zero-carbon energy system will remain a pipe dream for decades to come.

I was listening in on a focus group discussion the other day, run by a friend in the industry. When they got around to climate change the young people in the group gave this as their primary concern and were very clear that as a country, we were not doing enough.

This response didn't surprise me, but what did make me sit up was the response of the older people in the group. They said we had a duty to bequeath a clean planet to the next generation. My friend noticed this trend across several sessions and showed me data that older people had significantly changed their position on climate change action.

While concern about climate change had risen across all age ranges, the increase was lower amongst middle-aged men. They cited concerns about the impact on jobs and some of the other lifestyle changes they would need to make.

That is why today's policy announcement on Labour's 'Warm Homes for All' is so important. It takes practical action on climate change, cutting carbon emissions by 10% by the year 2030. It also reduces energy bills, particularly for low-income households, by an average of £417 a year. In Scotland, it will create at least 18,500 direct and 16,600 indirect jobs – directly addressing the concerns of the focus group. 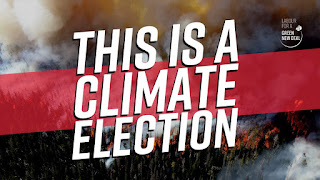 The buildings sector makes up nearly a quarter of Scotland’s emissions, and residential buildings made up the bulk of this at 73%. Fuel Poverty affects 613,000 homes in Scotland, and thousands die every winter due to the effects of living in a cold, damp home.

The Scottish Government has switched resources for fuel poverty off and then on again with a range of programmes. They will no doubt say that this is due to Tory austerity. What is now clear is that the election of a UK Labour Government will create the opportunity to put a transformative scale of investment into seriously tackling this issue.

I have campaigned on fuel poverty for many years, sat on working parties, written reports, and supported many worthwhile initiatives. I have heard UNISON members in social work, and health care describe their frustration at helping people, only to send them home to buildings that exacerbate their conditions. This new plan is on a scale that could eradicate fuel poverty in Scotland.

It is also only one part of a broader plan that Labour calls a 'Green Industrial Revolution'. I am not a great fan of political soundbites, but I have been impressed by the detailed work being put in by the Labour team working on this issue. The recently published 'Thirty by 2030' report shows how we can put the UK onto the path of zero-carbon energy and boost the economy at the same time. They describe a plan that could boost the UK economy by £800bn, creating 850,000 new jobs, increasing household incomes and avoiding 6,000 deaths per year through improved air quality. Not to mention the wider health benefits.

Tackling climate change isn’t easy, but all too often, the opportunities are ignored. The UK could be the world's climate leader while improving the lives of the many. What’s been missing is the political will. Today’s announcements show that the political will is now there – we just have to vote for it! 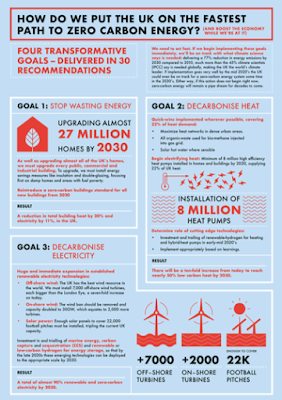