Despite the best efforts of successive governments to create an energy market, it remains notoriously uncompetitive. In Europe, municipal energy is commonplace and growing - we should do the same in Scotland.

The so called market is dominated by the big six utility companies, whose pricing practices have been criticised by the competition watchdog. Consumer trust in the market is low and they are reluctant to switch suppliers for a better deal given the hassle of switching. In fairness, the Big Six are often unfairly criticised and new entrants have been guilty of some pretty poor practices as well. The fault is in the system.

The IPPR, has made a convincing case for local authorities to set up municipally-owned energy companies that can supply electricity and gas at competitive prices and don’t have to distribute profits to private shareholders. By targeting those on low incomes, they can also help tackle fuel poverty. The local authority “brand” may also encourage otherwise reluctant low-income households to switch suppliers and save money. Nottingham and Bristol have followed this model and London, under a new Labour Mayor, looks likely to follow.

In Scotland a slightly different model is being adopted. Our Power is a community benefit society established and owned by a number of local authorities and housing associations. It too aims to tackle fuel poverty through the supply of affordable energy, focusing on social housing tenants, and seeks to buy a minimum of 30% of its energy from renewable sources. The Scottish Government is also at least considering setting up its own energy company, although details are limited.

The problem with these models is that they are simply playing the failed market and are relying on the same wholesalers. An alternative approach is for councils to establish genuine energy companies that generate renewable electricity and help households to install energy efficiency measures, funded from the long-term savings in their energy bills.


Fife Council has done some of this with its £1.3 million turbine at the council’s recycling and resource recovery facility near Ladybank. This is expected to generate enough electricity to power 200 homes. They also generate clean energy from garden and food waste at the council's anaerobic digester and from landfill gas. Aberdeen has similar projects as well as the city's district heating scheme. A number of councils use solar photovoltaic panels. 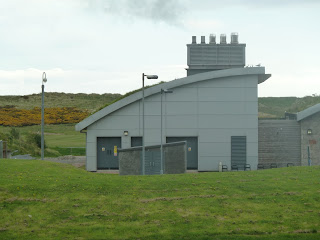 Glasgow City Council is in the process of setting up an energy services company which will oversee the creation of renewables and low carbon projects in the city. It has mapped sites, but progress has been slow.

A more radical plan for the city has been proposed by Jim Metcalfe, based on research carried out by the Energy Saving Trust. This would involve the creation of a locally-owned company which would be able to reinvest profits from power generation on improving building insulation and reducing fuel poverty. The council should be leading on this, using council bonds, available at historically low levels, to finance the plan.

While electricity generation is important, we also need to make progress on heating homes. This is where district heating schemes come in. The Energy and Climate Change Select Committee heard in January that the £300 million government scheme to develop district heat projects needs a “regulatory investment framework” during this parliament to support future growth. District heating is a 50-80 year long investment and so you want to attract the lowest possible cost of capital to ensure the lowest cost for consumers. Councils are again in the best position to do this. In Scotland, work has begun on tapping into geo-thermal heat from disused mine workings.

Governments could help more by making energy efficiency a national infrastructure project. In Norway, the introduction of legislation to support district heating has shown a 150% increase in the installed capacity over the last 10 years. This has helped make it possible for the city of Drammen to create a district heating network that supplies several thousand homes and businesses with clean, affordable heat. This system didn’t rely on Scandinavian engineering, but the expertise of Glasgow-based Star Renewables.

There are a number of interesting municipal energy projects in Scotland and the rest of the U.K. However, they are patchy, small scale and not nearly radical enough. We need councils to take the lead, establishing full scale energy companies that can provide energy efficient homes with cheaper electricity and heat. They would also generate desperately needed revenues.

This would be municipal enterprise of the sort councils in the 19th Century created to revitalise our towns and cities. We now need 21st Century municipal leadership to take this forward.
Posted by Dave Watson at 14:43