Focusing on energy and the climate emergency

I see in The Herald that ScottishPower chief executive Keith Anderson said Labour promises to take back control of Britain’s energy network meant “losing focus” on the issue of tackling the climate emergency. I appreciate that the policy may impact on ScottishPower’s profits, which won't go down well with the company's Spanish owners. Still, Labour is very much focused on the climate emergency and reforming the failed energy market system is essential to that task.

By common consensus across the environment lobby, Labour's Green Industrial Revolution is a shift change in political action on climate change. The key to this is the £250 billion Green Transformation Fund dedicated to renewable and low carbon energy, transport, biodiversity and environmental restoration. This investment will enable the Scottish Parliament to adopt more radical climate change targets and action plans, including retrofitting almost all of Scotland’s 2.6m homes to the highest energy standards.

You might have thought that Keith Anderson would have welcomed the new wind farm capacity (7000 offshore and 2000 onshore wind turbines), 60% of which will be in Scotland creating around 20,000 new jobs. It might be a little easier persuading the often cash strapped Iberdrola board in Spain to invest if there is government investment as well. Particularly when the government can borrow so much more cheaply than energy companies. 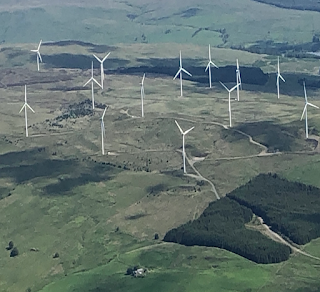 Of course, Labour will link this to a new industrial strategy, which, unlike almost all ScottishPower wind farms, will link investment to jobs in the UK. The shift to renewable energy is welcome, but there has been no Just Transition for workers in the industry and the supply chain. That is a failure of the UK and Scottish governments, and all power companies, including ScottishPower.

ScottishPower’s primary concern is Labour’s plan to bring UK energy systems into democratic public ownership, including those run by ScottishPower. This means the current profits will be reinvested or used to reduce bills, rather than being sent to Iberdrola in Spain.

Public ownership will secure democratic control over nationally strategic infrastructure and provide collective stewardship for vital natural resources. This will help deliver Labour’s ambitious emissions targets. Private network companies and the toothless regulator Ofgem have failed to upgrade the grid at the speed and scale needed. In contrast, publicly owned networks will accelerate and coordinate investment to connect renewable and low carbon energy as they have done so successfully in other European countries, most notably Denmark. Only two countries in Europe have fully privatised electricity – UK and Portugal (Portugal because of EU austerity imposition). That’s because they understand the importance of democratic control of grid access.

Public ownership will also end the expensive regulatory system which involves armies of economic regulators in Ofgem and the power companies. As someone who represented energy workers for years, I have seen the waste that this system creates, all ultimately paid for by consumers.

Interestingly, Keith Anderson didn’t appear to be as exercised over the nationalisation of ScottishPower’s supply arm. The current supply companies are not profitable and have increasingly sought to reduce costs by offshoring jobs and cutting corners with customer service - as evidenced by consumer surveys. SSE has already sold off its supply business and Npower is effectively closing its business. I have long argued that the Scottish government should offer to take over ScottishPower’s supply arm rather than set up its own company. I suspect that might get the favourable attention of decision-makers in Bilbao.

The so-called energy market has led to higher costs, consumer confusion over tariffs, and discrimination against low income pre-paid meter customers. Labour will create a green army of workers focused on energy efficiency, not selling energy in a flawed and false market. Just compare the confusion of the smart meter rollout with the way North Sea gas conversion was achieved in the 1970s.

I’ll end by quoting Brian Wilson, the best energy minister I have ever worked with. He recently said:

“In meeting the climate emergency, it is the state that must step in. It is government which needs the power to determine a response, rather than be in the supplicant position of asking a whole range of players if they would mind adjusting their priorities, please.”

Labour’s plans may not be well received in some corporate boardrooms, but they are very much focused on tackling the climate emergency for the many, not the few. 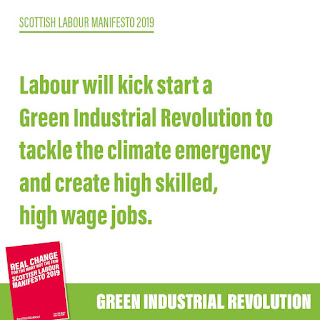