UK Budget 2021 - Schizophrenic or maybe not

Depending on who you read in today's UK budget analysis, the Chancellor has either gone full-blown John McDonnell or is returning to austerity. You would think both cannot be right, and in my view, they are not. This is a Tory Chancellor reverting to form. 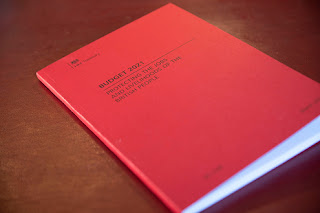 Let's start with Scotland. There is £1.2bn in Barnett consequentials, which gives some flexibility in the Scottish Government budget for this year, even if it adds to long-term financial planning challenges. An important issue, particularly for those organisations that need greater funding certainty, and will make the traditional arguments over manifesto costing pretty irrelevant.

The Budget also confirms a trend we have seen in recent years of the UK government funding projects in the devolved administrations directly, to the tune this year of £1.4bn. Union Jacks are to replace the Saltire on a wide range of projects. His speech was replete with UK rhetoric, which implies the Union Directorate in No.10 has been working overtime despite its regular leadership changes! Martin Kettle explores some of the politics behind this in the Guardian this morning. Brian Wilson did an interesting piece concerning the incompetent management of EU funds by the Scottish Government and makes the valid point that; "We need more of a power grab – so that powers reside with the level of government best placed to implement them efficiently and for the purposes intended. Scotland is not all one localism and our politics need to reflect that."

The more serious medium-term concern is the consequences for public services. The short-term spending looks huge, but it hides a plan to return to austerity pretty quickly. For example, nothing was said about the NHS and social care, which will have consequences for restarting the NHS and the pandemic backlog. It also means that the Scottish Government can no longer duck the issue of how they will fund the Feeley Review recommendations.

Ending the Universal Credit uplift in six months will throw half a million people across the UK into poverty, including 200,000 children. It was also silent on helping 700,000 households who have fallen behind on rent and are now at risk of eviction. Freezing personal allowances will add to this concern. Having said that, personal allowances generally help the better off, so they are not the best way to help the lowest paid. The SNP's Council Tax freeze is regressive for similar reasons. We should instead be looking at other aspects of personal taxation to make it more progressive.

For the economy, the short term boost of pent up spending may get us through to next year, but as the OBR report makes clear, growth is likely to be pretty anaemic after that. The Chancellor seems to think that private investment will provide a boost, supported by his 'super deduction' to Corporation Tax. There is a good reason while this has not been tried before. This type of allowance generally rewards investment decisions that would have happened anyway. The big increase in Corporation Tax looks very Corbynesk, but it is still lower than when the Tories came into power. Corporation Tax is aimed at company profits, so should recoup a share of the profits from firms who have had a 'good' pandemic. However, these are often the very firms that are most adept at dodging tax.

One big health warning over the Budget plans. The real budget lines only apply to the coming financial year. Anything after that is just planned. Experience shows that these are likely to change, even more so in the uncertain times we live in.

Overall, it seems clear that John McDonnell has not managed to sneak into No.11 and shift shape himself into the Chancellor. This is an austerity budget that will hit the poor hardest. Sunak has returned to form.